If you know me,  you would  probably know that I love bread! But you also know that I am a sucker for healthy eating and thus have had to research and come up with creative ways to have my favourite foods.

So after trying (and reading… a lot!) about all sorts of bready goodness – from gluten- and dairy-free to raw vegan types – I believe I have found the one!

Why is Ezekiel bread one of the healthiest options?

It may not be gluten-free but it packs so much goodness that you just have to give it to Ezekiel bread. Made out of sprouted grains and pulses (typically wheat, millet, spelt, barely, soybeans and lentils) this type of bread is very high in protein and fiber which means a single slice can keep you full for a long time.

In fact, due to the unique combination of ingredients, Ezekiel bread is a complete source of protein (just like eggs and milk) which contains all nine essential amino acids! To be exact, one slice has 4 grams protein, 3 grams fiber and only 80 calories, says nutrition blogger Amy Marturana.

But that is just the tip of the iceberg! Ezekiel bread is the ultimate wholegrain bread since it contains no flour or added sugar and is made up entirely of sprouted grains and legumes (which also means it has much less gluten than other conventional breads). And here’s where the difference lies between this bread and other wholegrain varieties.

You see, sprouting grains increases their nutritional value and makes the vitamins and minerals within more readily available and easy to absorb by our digestive system.

Of course you can have bread any way you want, but today I want to share with you a slightly unusual combination which tops up the nutritional benefits of Ezekiel bread. Check out the recipe below and find out the secret health powers of the za’atar herb blend. 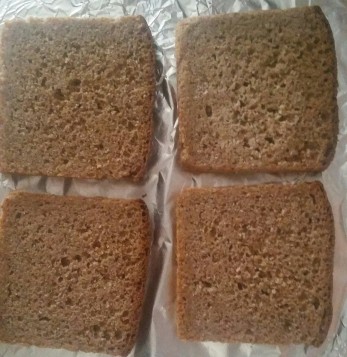 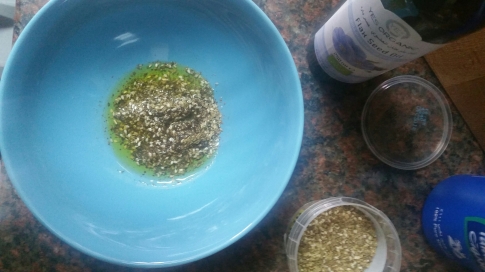 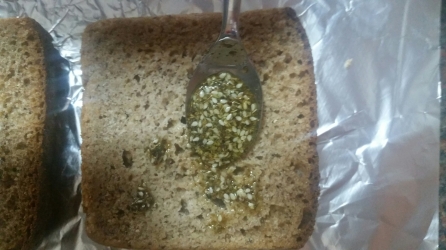 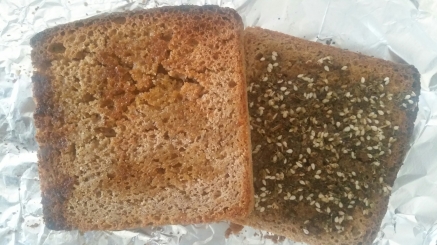 Step 5: And voila! Enjoy your crispy, herby toast with a cuppa 🙂

The benefits of Za’atar

If you have ever visited a Middle Eastern country you have probably come across this word. Za’atar is a savoury mix of dried herbs (thyme, oregano, sumac, marjoram, sesame seeds and salt) which is typically sprinkled over bread and other foods.

It is these specific herbs that are well known for their antioxidant properties due to the high level of flavonoids which they contain. In particular, research has shown that sumac has anti-viral, anti-fungal and cancer-fighting properties, whereas thyme and oregano have antiseptic and antimicrobial properties. There are even suggestions that za’atar herbs may have cognitive and mood-enhancing properties (i.e. they can give your brain a boost).

Za’atar and Ezekiel bread  have more something in common that may surprise you (and no it is not my recipe). Both have their origins linked to the Bible. The word za’atar not only refers to this aromatic blend of spices but also to a variety of wild oregano and is mentioned several times in the Bible with reference to cleansing and purification rituals.

Similarly to za’atar, Ezekiel bread also derives from Biblical passages. Of course, this one is a bit more obvious with the name coming from a specific verse (Ezekiel 4:9)  which also states the list of ingredients typically found in this bread:

Take also unto thee wheat, and barley, and beans, and lentils and millet, and spelt and put them in one vessel…

Ah, the amount of information you can find online….

Hi. I'm Miranda, a Clinical Nutritionist with a MS degree in Human Nutrition from the University of Bridgeport and a board certification from the American Nutrition Association. I've also completed a year-long clinical residency program Dr. Kara Fitzgerald’s Functional Medicine Clinic.  View all posts by Miranda